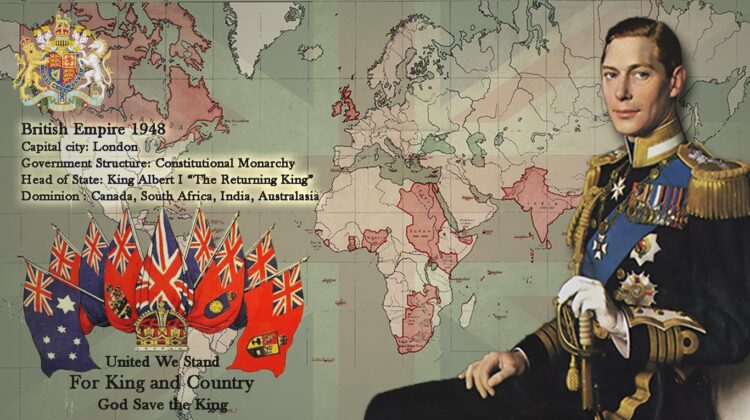 Democracy is under attack. It is being challenged by the likes of Trump and his fascist supporters and by authoritarians the world over – testing its strength and legitimacy. And it is not in great shape in the UK, with academic David Runciman saying that “American democracy is stuck and British democracy is stuck.”

The events of 6th January 20201 and the storming of Congress by Trump’s far right supporters has appalled most of the world. Much has already been said about the inexorable descent of Trump, the American right and Republicans, but it is critical to understand this as writer Rebecca Solnit puts it as “a rage against equality” by white men.

These events raise questions about how we got to this low – not just about Trump but beyond. We need to look at the rise of authoritarism and where democracy, governance and politics goes, including Scotland. Firstly, authoritarian politics can easily morph into fascism. Secondly, this mindset is often based – and certainly is in the US – on the propagation of ‘the big lie’ according to academic Timothy Synder, in the US case seeking to overturn an election, a key fascist characteristic. This aids in the US and elsewhere a politics of a legitimate ‘us’ versus what is posed as an illegitimate ‘them’ that goes past normal divisions.

This collapse disfigures and destabilises political and public culture. It is one which has historically led societies to commit systematic violence, murder and suppression in the name of their state. It is worth remembering the insights of John F. Kennedy’s Secretary of Defence Robert McNamara who was there during the 1962 Cuban missile crisis and played a major role in the American military escalation of the Vietnam War.

When he reflected on this role in the film ‘The Fog of War’ he proposed that to make the best decisions in any politics and statecraft you have to “empathise with your enemy” and understand them, see them as human, put yourself in their shoes, recognise their point of view, and never ever make them less human or make them subhuman. McNamara with years of perspective assessed that he and the US failed abysmally in Vietnam at the cost of 58,209 Americans dead and an overall total of 3.4 million military and civilian dead.

Bring this back to the state of democracy and politics across the world. Many of the countries which call themselves democracies are not in good health – Poland, Hungary, Turkey, Brazil, India, and indeed, the US and UK. The academic Colin Crouch nearly 20 years ago called this situation ‘post-democracy’ by which he meant the collusion of elites – business, political and corporate media – who have coalesced together to shape the direction of government and public policy and shut out the forces of conventional democratic participation such as civil society, NGOs and trade unions.

That was nearly 20 years ago and since then the Iraq War, 20 years of America at war, the bankers crash, and the unremitting march of corporate power and out of control zombie capitalism have all contributed to democracy paying a heavy price.

David Runciman has studied the challenges and stress points of democracy and said to the recent Electoral Reform Society AGM that “our democratic system contains many relics of the past” and that the UK despite devolution and other measures can be seen as “unreformed”.

Trump and his gang are a symptom of this wider malaise. It has been aided by a larger alliance of apologists, enablers and true believers who have diluted the strength of democracy. But we would be naïve if thinking that the same language and twisted thinking cannot be found in places in Scotland and the UK.

Trump and Trumpism in Scotland

Normalising and welcoming Trump used to be somewhat common in Scotland. Step forward Labour’s former First Minister Jack McConnell who made Trump an ambassador to Scotland in 2006; this position was cancelled by Nicola Sturgeon in 2015.

Then there is the stain that was the Trump Menie golf development which, when it hit planning problems, was called in and fast tracked by the Scottish Government, championed by Alex Salmond and the entire political class: SNP, Labour, Conservative, Lib Dem – everyone apart from the Scottish Greens.

Miriam Brett, economist and former SNP adviser, states: “Scotland is not innocent. We should never have given Trump a business ambassador role, and he shouldn’t have been given honorary degree at a Scottish university (both have since been retracted). His far-right side-kick, Bannon, should not have been invited anywhere Scotland.”

The Trump phenomenon can be seen here far beyond the influence of the man, in the use of Trumpian language and the debasement and disrespect used by too many in public discourse. Take a couple of examples. Here is George Galloway who is planning to re-enter politics in the 2021 Scottish elections: “There are no circumstances in which we’ll accept the break-up, the partition of our country. So long as 100 of us remain alive.” Jamie Blackett, leader of Galloway’s party said this week that its aim in those elections would be the Trumpian clarion call to “drain the Holyrood swamp”.

Some on the independence side are equally culpable. SNP MP Steven Bonnar recently said of independence that: “We’ll fight to the death for our country.” Then there has been the attrition and hate of the likes of Wings over Scotland – thrown off Twitter long before Trump was suspended this week.

In this context Scotland approaches the May elections and the search by the SNP for a fresh mandate for an independence referendum. This necessitates all of us look at our behaviour, language, how we deal with and respect opponents, and how we aid discussion about the substance of issues.

At the moment a significant spectrum of pro-union opinion is calling for the May elections to be postponed due to the COVID-19 pandemic and the need to focus on the vaccine. This is Alf Young this week: “That May election is only four months hence. Who can say COVID will be under control by then? Who can confidently predict that mass vaccination of even all vulnerable groups will be completed by then?” Young went on: “How much of the economic damage wrought by serial lockdowns will be even quantified, let alone addressed by then?”

There is also a rising chorus of pro-union opinion calling on the SNP to stop campaigning for independence. One voice making this case was veteran journalist Magnus Linklater who wrote that the 2021 contest in relation to Nicola Sturgeon and the SNP should be about “the record of her government … subjected to detailed scrutiny.” He continued: “She needs to be able to defend that – no easy task – rather than taking the easy course of sheltering under the umbrella of an independence vote.”

There is a case for postponing the election by a month or two if there could be an all-party agreement and consensus which facilitates speedy legislation. But this cannot be undertaken in the partisan point scoring way of calling for postponement to bash the SNP. It is also relevant that debate on this should not reach a conclusion without looking beyond Scotland. We can look at the examples of many democracies which have held successful elections during the pandemic – from New Zealand to the USA. And there is also what happens in the 2021 English and Welsh local and Welsh Senedd elections.

The call on the SNP to stop advocating for independence is revealing, considering it is the raison d’etre of the party and would have to involve the party taking a self-denying ordinance. As of now there has been no equivalent offer from Boris Johnson and Douglas Ross to cease making the case for the union: which would amount in effect to a Unilateral Declaration of Surrender by one side.

But really the context towards May 2021 and beyond is much more serious. All over the world representative democracy is fragile and unsure how to deal with the multiple challenges of today and the future. How do we make a politics about power, voice and social change which we feel we can all collectively own? Which stands for values which people can recognise and champion, of respect, diversity and pluralism?

How do we widen, enrich and honour the public sphere which has been under such pressure in recent decades, tainted and manipulated by social media and corporate power? How do we act in an environment of diminished respect for institutions many of which have failed us, and a mainstream media which is under attack and in retreat?

We have to find new ways to interact and act in public life which allow us to get to the substance of debates and enhance accountability and government. There is a need for cathartic discussion about how to deal with fascism, populism and hate in public life and their roots.

There has to be an understanding of the weaknesses and limits of democracy: that it has been corralled into a narrow political sphere and does not touch or embrace a large part of the lives of most of us. While political systems the world over fear fundamental experimentation and innovation, in the online eco-systems most of us now participate in, whether it is just Amazon, Google or Facebook, there is a continual experimentation, even if it is of course manipulative and mostly hidden.

The democratic spirit has to be about more than salvaging political relics or focusing on finding the right fix or process; it has to be about something deeper and more profound which touches and says something about who we are as citizens and human beings. This means in Scotland and elsewhere finding new forms of community, organisation and voice, and finding new ways to express our collective joy and hopes. The US political commentator Van Jones this week described the two Georgia Senate Democrat victories this week as manifesting the power of “black joy” over “white rage”.

There are many dangers and many opportunities. There is the danger of falling into pursuing the dream of an abstract – whether in Scottish independence, radical left politics, Brexit or Trumpian dogma – to the point that it disconnects with reality and bears little relationship with everyday life and hopes, and thus real change.

But we should also note the common thread of the UK and US. These are Empire States, built not for the well-being of their citizens but to wage war, uphold militarism, racism and white nationalism, and who have so far shown themselves unable to change in their fundamentals. It is in that light that the uber-grotesque aspects of Brexit and Trumpism have to be understood, while the power of the Empire State has extended to capturing the British Labour Party and Democrats for most of their history.

Breaking the British Empire State is a democratising and progressive change. Some will cling to the wreckage to the last. But we will have more much more to do that merely dismantle it. We have to recognise its reach and legacy in Scotland and advocate not just democratisation but internal decolonisation. And we need to help our English, Welsh and Northern Irish friends in a similar journey to breaking out of the relic of the Empire State.