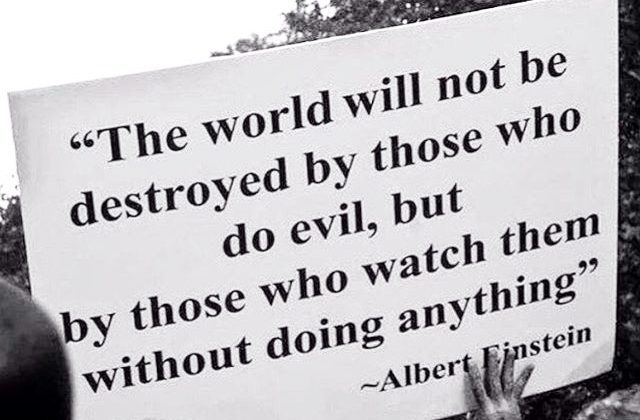 We live in divisive, contentious times where the noise and claims and counter-claims in public life seem to never stop. Many people yearn for this age of rage and hatred to stop, and for a return to supposedly calmer, more enlightened times. This can be seen in part of the logic of support for Democrat Joe Biden against Donald Trump in next week’s US Presidential election.

However, there will be no return to a so-called ‘normal’ – or ‘new normal’. Disruption and disputation are the new norms. But do we have to accept such widespread hate, why is it so dominant, and how can we understand and counter it in a way which contributes to confronting and challenging prejudice?

The human expression of hate – whether directed at an individual, community or set of ideas – comes from something deep inside our psyche. Hate offers one escape route through the promise of a simple explanation of what is wrong with the world – one where there is a wronged party or victims; and in opposition, oppressors or wrong do-ers.

But much more goes on in the psychology of hate. It is usually about fear of ‘the other’: of a minority group growing in size and visibility, such as Black Lives Matter or the #MeToo movement of a once silent majority. Beyond this is a deeper fear of ourselves and our vulnerability, and of the doubts and worries inside us – with hate offering a means of expression which temporarily feeds the empty self.

The psychologist Bernard Goulden commented that ‘Acts of hate are attempts to distract oneself from feelings such as helplessness, powerlessness, injustice, inadequacy and shame.’ But isn’t that just too easy and glib? Something that is almost an excuse and a typically modern liberal avoidance of responsibility by trying to understand hate too much?

The Equality and Human Rights Commission (EHRC) report into the Labour Party and anti-semitism was a major moment in UK politics and in the party’s history. Labour has long prided itself on being an anti-racist, anti-discriminatory force, and set up by the EHRC in 2006 when previously separate equality commissions (Racial Equality, Disability Rights, Equal Opportunities) were brought together in one body.

The EHRC investigation found that Labour violated the Equality Act in how it dealt with anti-semitism. But the even bigger question (beyond Corbyn’s leadership and personal views) is how did a party with such traditions end up in such a mess? To understand this you have to comprehend the inner thinking of the Labour left – and those outside the party who see themselves as standing for anti-racism, anti-discrimination and oppressed groups. Hence there is the defence which says that ‘Jeremy Corbyn is an anti-racist and he has been committed all his life to anti-racism’ – and thus cannot be anti-semitic.

This self-congratulatory way of interpreting the world views itself as being right, and therefore above reproach. The writer Gaby Hinsliff describes this as ‘the belief found close to many left-wing hearts that they, and they alone, are the good guys – and therefore incapable of prejudice. They don’t need to question their assumptions, or take a long hard look in the mirror, because the racists are the other guys.’

Labour’s pains this week have been accentuated by a belief that the Tory Party’s many problems with racism, Islamophobia in particular, are not scrutinised enough. The commitment to a Tory inquiry into Islamophobia, secured by Sajid Javid in the 2019 leadership contest, morphed into a supposedly independent inquiry into over-arching prejudice with no published remit; and seems to have made little, if any, progress since then.

The Tory Party undoubtedly has a historic problem with racism: witness Enoch Powell, 1964 Birmingham Smethwick election slogan ‘if you want a nigger for your neighbour, vote Labour’; Thatcher’s ‘swamping’ remark and recently, Boris Johnson’s many racist remarks. Indeed, on the uber-right there is a denial of racism, with the likes of neo-conservatives Douglas Murray and Melanie Phillips denying that Islamophobia even exists as a prejudice because it is about a religion not a race.

Other forms of hatred exist in politics. One of the most common is the propensity of the left to hate Tories and Toryism: an outlook not unknown to Scots. This was seen recently with Labour deputy leader Angela Rayner calling Tory MP Chris Clarkson ‘Tory scum’ in the House of Commons when he criticised Labour support for free school meals.

The most famous of all-time Labour Tory slurs was Nye Bevan, Health Secretary and founder of the NHS, calling the Tories, in a July 1948 speech, ‘lower than vermin’. This caused a sensation then, led to Tories forming self-declared ‘Vermin Clubs’, and is estimated to have cost Labour at least half a million votes in the 1950 election – which was a close contest.

This brings us to Trump and his followers. Trump has normalised the politics of hate, racism, xenophobia, sexism and disinformation. Trump’s incendiary language on race, supporting white supremacists and calling Nazis at Charlottesville ‘very fine people’ is calculated. It is about mobilising his base and giving them a sense that he is providing the powerless and disenfranchised with a voice – which includes racists and bigots but goes beyond to a wider constituency. The logic is that Trump’s record in office matters less to his base because he is empowering them to be able to say and think what was once unsayable.

Turning back to Scotland, one cliché about our country is that of ‘divided Scotland’ and the divisive politics of independence. But it is also true that amongst the most fervent believers on both sides there is an element of toxicity, bigotry and intolerance, and attempts to stigmatise, intimidate and silence opponents.

On the independence side there are some loud voices who are happy to call pro-union supporters ‘traitors’ and ‘quislings’. This is a righteous anger which is not about trying to win over people who voted No, but rather shame and intimidate those on the other side. Independence is meant to be a moral and democratic argument and the silences from too many SNP and prominent independence supporters is one which harms their cause; Stewart McDonald, MP for Glasgow South being an honourable exception here.

There is a connection with what is seen as politically acceptable in public life and the controversy over the Scottish Government’s current hate crime bill. This has produced a civil liberties critique and over the top comments about a ‘Scottish stasi’.

Darren McGarvey has commented on this bill saying that he was for ‘prosecuting hate crime’ but doing so ‘in the name of equality’ and ‘extending it to every group’. He went on: ‘I think this bill is really about advocacy’ and ‘middle class politicians writing legislation for middle class charities and pressure groups’ with no protection of ‘the most vulnerable and persecuted groups’. Class and power are the last taboo subjects of those who have class privilege and power. Irvine Welsh reflecting on the instant commentary of social media states: ‘We can all become oppressors or victims within seconds.’

These are tumultuous times. Animation. Anger. Fury. Rage. They are mobilising emotions but also reflect feelings of powerlessness, lack of agency and fears about the here and now – and the future – that millions of people feel across the globe.

This lack of capacity in our ability to bring about collective change is a void at the heart of politics. Even in Scotland – with independence support at record levels and the 2021 election looking likely to return a pro-independence parliamentary majority – there are anxieties, worries and doubts. There is a lack of ownership of the independence project and fears about the command and control politics of the SNP – all of which mirror how politics is seen elsewhere.

We need emotions and honesty in politics and that will be difficult and messy. The psychologist and Auschwitz survivor Edith Eger, now 93, observes: ‘You have a right to rage. It’s a human emotion. You are human.’ And she goes on: ‘When we can’t release anger, we’re either denying that we were victimised, or denying that we’re human. Either way, we’re denying reality.’

A ‘Kumbaya’ politics glossing over differences, censoring ourselves and not standing up to injustice is not very healthy or going to bring about change. It does not tell truth to power or threaten entrenched interests.

It is also true that hatred in politics feels mobilising and empowering to haters but what it does is give the objects of hatred power over you and your emotions. Edith, with a lifetime of experience from the Holocaust to working on healing others, recognises that people need to free themselves from hate – as she chose to do in the extreme example of the Nazis and Josef Mengele who she encountered in Auschwitz. Most of life is not as stark a choice as that, but Edith shows that letting go of hatred is a liberation and aids embracing freedom.

Some of the most insightful radicals have recognised this universal truth. Martin Luther King Jr.’s leadership pf the civil rights movement in the US in the 1960s made the connection between anti-racism and opposing militarism in Vietnam and at home, while recognising the corrosive effect of hate. MLK said: ‘Returning hate for hate multiplies hate, adding deeper darkness to a night already devoid of stars. Darkness cannot drive out darkness; only light can do that. Hate cannot drive out hate; only love can do that.’

None of this is easy. We live in a world of brutal power, despots and demagogues, many of whom are looting their countries for their friends and class and using the language of hatred as a diversionary tactic. Too many leaders and their followers are prepared to tell brazen lies, stir up hatred and bigotry, and use state violence or the language of violence to divide and rule.

There is a profound difference between those who have official power and positions of major influence weaponising hate – people such as Boris Johnson, Trump, Putin and Nigel Farage – and voices which are more marginal expressing such views. There is also a distinction between perspectives coming from those with experience of discrimination and oppression and those who are clinging on to privilege. Hatred from the powerful carries much more weight and is much more damaging and defining of our societies and age.

Let us hope Trump is defeated next week. If so that will be an historic defeat for the forces of racism, reaction and hatred and for the faux populist insurrection which pretends it is some uprising against the establishment when it absolutely is the establishment.

Beyond that we have to look honestly at ourselves – in Scotland, the UK and globally – and not just think uncritically that we are ‘the good guys’ but find, embody and live collective agency, address inner demons, and deal with powerlessness. We have to at home and across the globe never stand silently by while haters invoke and tarnish the noble causes of equality and liberty.

Instead, we have to remember the words of Edith and MLK who found in the midst of darkness the courage and principle to stand unequivocally for the best of what is to be human and the ideal of justice. Some of our challenges in the present and future are going to test us to the extreme.