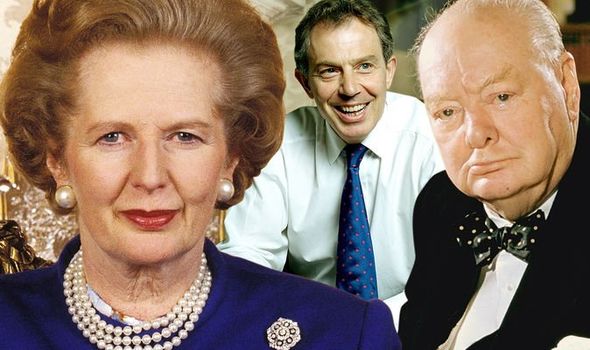 Where is the political leadership in this time of crisis in the UK?

The news this weekend was dominated by controversy over Boris Johnson’s absentee leadership in the midst of the early stages of the coronavirus before his recent illness.

Johnson missed five Cobra meetings, had a mini-holiday and delayed for 38 crucial days the UK giving the virus the importance and priority it deserved. Exemplary investigative journalism from the ‘Sunday Times’ has revealed a government asleep at the wheel, the diversionary cost of Brexit over recent years, and the cumulative effect of ten years of Tory austerity. All of these have led to a much larger death toll in the UK than could have been.

Despite all this there is still a continued reverence for Boris Johnson as a gung-ho, action man Prime Minister in some small circles. But the evidence paints a very different picture: with one Downing Street source saying that ‘It was exactly like people feared it would be’, going on to say that ‘He didn’t chair any meetings. He liked his country breaks. He didn’t work weekends. It was like working for an old-fashioned chief executive in a local authority 20 years ago’.

This is the Tory tradition of the amateur gentleman who can get away with faking it through charisma, charm, and indulgence by his long-standing chums: ideally suited for mid-19th century Britain, but disastrous in a modern situation and deadly in a crisis such as we face now.

This does leave us to ask – what is political leadership and where is it in the UK today? And where have we seen it in the past, and even more broadly, what makes good leadership generally in society and public life?

I was recently writing a brief biography of the 19th century Whig Prime Minister Earl Grey – of the 1832 Reform Act and tea fame – for Iain Dale’s forthcoming book on UK Prime Ministers. In so doing I read several biographies of Grey and also dipped into other books for context and understanding, including Andrew Gimson’s excellent ‘Prime Ministers: Brief Lives from Walpole to Johnson’.

Gimson lists the qualities of what makes a successful Prime Minister – courage, luck, hunger for power, eloquence, respectability, energy and stamina, decisiveness, feel for public opinion, a different style from their predecessor, capacity to rise to a crisis, understanding of the money in the Commons, and finally, an ability to distribute patronage.

It is a decent list of a dozen, but one that could be added to by including competence, and if we would like to raise the bar just a little bit, perhaps include such qualities as achieving some significant achievement, and even more daringly, the question of honesty in office and not engaging in lying or deceiving the public.

There have been 55 individuals who have occupied the post of UK Prime Minister. Their tenure has varied dramatically – averaging five and a half years – ranging from Sir Robert Walpole at 20 years and 309 days to George Canning at a mere 119 days.

They are a mixed bunch in terms of how they became Prime Minister – with a popular mandate less critical than you would think – including into modern times. Once upon a time it was commonplace for Prime Ministers to sit in the House of Lords – this being true of the first six Premiers with George Grenville, PM from 1763-65, the first to sit in the Commons.

Lord Salisbury was the last member of the Lords to be Premier, leading his administration until 1902. Then in 1940 in the Second World War, Neville Chamberlain resigned and in the midst of national crisis, Lord Halifax, then Foreign Secretary, was initially seen as the favourite to replace him. However, his membership of the Lords was seen as a major problem depriving him of a popular mandate, and the mantle passed to Churchill.

In the 20th century, the office of Prime Minister has changed hands 28 times. On only 12 of these occasions did it directly involve an election; and for 16 a clear majority happened in-between elections – as occurred with Boris Johnson last year, Theresa May in 2016, and Gordon Brown in 2007. Some of these went on to win elections such as Johnson and May (sort of), but some did not, and across the 20th century four Prime Ministers held office without ever winning an election – Neville Chamberlain, Alec Douglas-Home, Jim Callaghan and Gordon Brown. It is unsurprising that this short list is not one of very successful Premiers.

Deciding what makes a successful leader like a Prime Minister involves elements of subjectivity as well as objectivity. Many would have once cited Tony Blair as a successful leader for winning three elections in a row, being Premier for a decade and dominating British politics. But the shadow of the deception and disinformation on Iraq resulting in the deaths of hundreds of thousands of innocent Iraqis, along with his inability to show any contrition, has to go against him and be a moral stain on his character and record as a political leader.

Margaret Thatcher will be forever the darling of the Tory faithful for as long as they exist, but she divided and repulsed at least as much if not more than she drew support and praise. The fact that she is still such a divisive and totemic figure 30 years after she resigned as Prime Minister, and seven years since her death, says a lot about the nature of her leadership and politics.

Taking the fact that there is no consensus about her legacy – a point she would have surely appreciated given her detesting of ‘consensus politics’ – there can be no sense of permanence about her achievements. Rather she is a failed transformative leader – one not worthy of the adulation and sycophancy, but equally true of the opprobrium often flung on her record and person by opponents.

Blair and Thatcher both embraced an imperial notion of the Premiership – one which was singularly ill-equipped and ill-suited to a medium sized country whose world influence was significantly on the wane – with dire consequences in relation to Blair. This approach drew from a British/English exceptionalism, and a delusional belief in Britain being able to globally ‘punch above its weight’ and have undue influence over the Americans; which has to count as the antithesis of any realistic leadership.

Yet this begs the question: what does success look like if it is not the ill-fated and often ultimately doomed Bonapartist leadership model of above? Perhaps it can be found in lesser and hence more enduring achievements. Take the Premiership of Harold Wilson for example which witnessed significant educational advances, social reform, the UK remaining in Europe, while succeeding in keeping the UK out of the Vietnam War.

Then there is the example of Harold Macmillan’s humane Toryism which was so different from Thatcher’s. He believed in spreading prosperity, the importance of housing and home building, and understanding the memories of the hardships of the 1930s. And then of course there are Clement Attlee and Winston Churchill who have been rightly eulogised and even formed an unlikely double act in the wartime coalition.

Perhaps one measure of success is, at a very minimum, the avoidance of conspicuous, humbling failure – which is somewhere too many Prime Ministers end up associated with. There is Lord North and the loss of the American colonies; Ramsay MacDonald and his leaving the Labour Party and heading up a National Government dominated by the Tories; Neville Chamberlain and appeasement of fascism and Hitler; Anthony Eden and the humiliation of the Suez intervention; Tony Blair and the Iraq war; and David Cameron and Brexit. This is the fate of the complex careers of all of the above – to be remembered and reduced to a one-line summary of their abject failure.

All of this raises the thorny issue of who and what makes a good political leader, and indeed what makes a successful leader in the widest sense. Not all convincing leaders end up as Prime Ministers – or at the top of their profession. Two profoundly influential political leaders who contributed long-term to remaking the public landscape of ideas were Tony Benn and Enoch Powell. Neither came close to leading their respective Labour and Tory Parties and both became outsiders in their own tribes: Powell ending up leaving the Tories and spending his twilight years as an Ulster Unionist MP. But both remade the intellectual debate: Benn on accountability and democracy, and Powell on the economic ideas that became known as Thatcherism.

Scotland does seem a little bereft of political leaders at the moment – a point underlined by the current high profile of the administrative class during the coronavirus crisis. These are the class of experts, technocrats and managers who have traditionally down the years run Scotland, and did so prior to devolution. The public re-emergence of this class during the current crisis is but inevitable, but it does make explicit one of the failures of twenty years of devolution: that the same social class who were running things pre-Parliament are still the same people running things in the here and now. This might be appropriate during a pandemic, but raises long term questions about the role of democracy and politics.

The wider point which flows from this concerns the role of experts, advisers and hard-headed analysis in the actions of government. These have come centre-stage in recent months – with the problems facing Boris Johnson, his leadership and government directly related to how they have listened to and not listened to expert advice, and at times failed to act decisively. There is of course on the populist right – from the Brexit referendum to Trump – a scorn and dismissal of experts which has undoubtedly fed into this mess.

We need facts and we need experts. But we also need leaders who can interpret facts and the views of experts (and also recognise that experts do not always agree with each other), who can take critical and important decisions with a degree of clarity and fairness, and then shape them into compelling stories about why they have done this and what it says about us and society.

It is not too sensationalist to state that across the entire political class in the UK – and indeed Scotland – we do seem completely remiss of such qualities. Perhaps this should be a major lesson that we all take from the current crisis: that we need to demand more from our leaders and create a public culture which allows more constructive, thoughtful and honest leadership to emerge and grow.