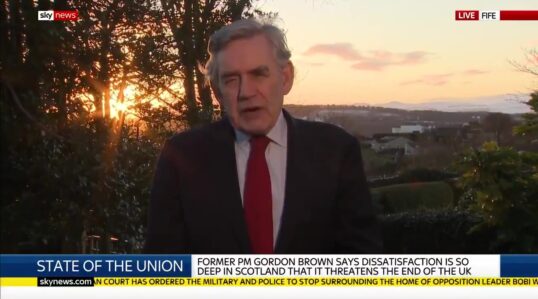 Gordon Brown and how to heal broken Britain Gerry Hassan Scottish Review, January 27th 2021 Gordon Brown is coming to the rescue again - raising the alarm, saying that the UK is in danger of becoming a ‘failed union’ unless there is dramatic change. This is the same Gordon Brown who was centrestage in the latter stages of the indyref and pivotal to ‘The Vow’, and who promised a ‘near-federal union’ for the UK within two years of 2014. Before that he was at the apex of New Labour - as Chancellor, then Prime Minister, over thirteen years. Gordon Brown

Continue Reading Gordon Brown and how to heal broken Britain