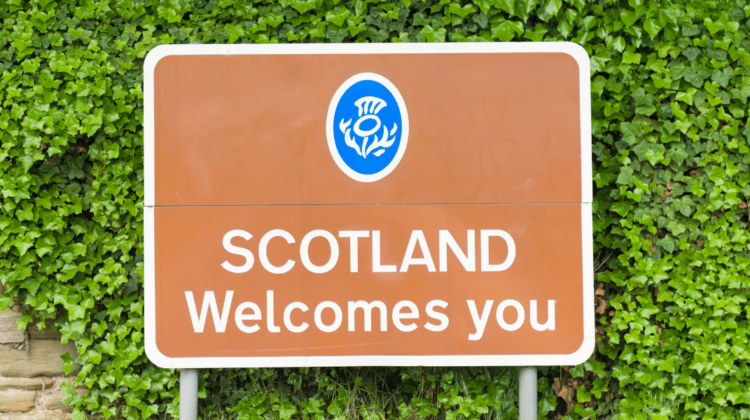 Scottish independence needs to offer “a shining city on a hill”

Scottish politics feels once again stuck in a Groundhog Day. We are only seven months from the endorsement of the SNP in the May elections, and only weeks from the English political commentariat being convinced that Boris Johnson was a sure-fire winner who would continue to carry all before him.

Things that seem secure can suddenly change and crumble. Yet there is currently low-level trench warfare in Scottish politics as the forces of the union and independence psyche each other out, waiting for something dramatic or the other side to make a defining mistake.

It is true that the union argument has realised that non-stop talk about independence or even the union is not the best approach. Far better to just do stuff. Maybe someday someone will even have the realisation – Gordon Brown apart – to stop going on about the UK inching towards “greater federalism” when it isn’t.

The independence case knows that it has work to do.  It cannot rely on winning by the negative of Westminster blowing itself up and destroying the union. Nor can it rely on “one more heave” and a natural demographic for independence emerging, as some more passionate independence supporters think.

Last week in The Herald Andy Mciver made the point that a large part of successful politics the world over has been defined by optimism and positivity – citing J.F. Kennedy, Reagan and Obama.

Scottish Nationalists have at their most successful moments harnessed this power – think 2007, 2011 and the last stages of the 2014 indyref. Mciver writes that: “Scottish nationalism played this card for a long time, very successfully. It ran devolved government effectively and efficiently, and created a narrative that what lay ahead in an independent Scotland was that shining city on the hill.”

He went on to state that the present independence argument needs a similar energy now – its “shining city on a hill” – and in this he has hit the nail on the head. Mciver’s suggestions are brief but his analysis is profoundly sound.

The general picture needs reinforcing and reemphasising. Scottish independence does not win merely as a rejection of Westminster rule and its slow, painful degeneration; it has to make the case for positive change.

Similarly, independence cannot rely on abstracts or even the popular principle of Scotland’s right to decide its own future that carries weight with floating and unsure voters. From that principle there still needs to be a convincing offer which has specifics, is indignant about the state of present-day Scotland and presents a compelling future prospectus.

Let’s outline those specifics and keep it to a mini-manifesto of six bullet points. First, Scotland has to have the courage to do something about the poverty and hardship which scars our land. A 2013 Save the Children Fund report found that the gap in life expectancy between the Glasgow suburb of Lenzie and the East End of the city – a mere seven miles apart – for a child born that year was a staggering 28 years. That is a four-year gap per mile and should shame all of us.

Second, school education needs ambition, resources and transformation and that has to involve everyone with an interest in education. Third, our idea of health has to change and become a universal service of health and social care – from cradle to grave – protecting and supporting people through the generations.

Fourth, we have to invest and build the industries and energy of the future – renewables. Fifth, we have to make Scotland a better place to live, work and thrive – and that means connecting people through better infrastructure and connectivity – and in particular transport.

Sixth, we have to have a sense of pride in place and the communities up and down our land and that means thinking about how we do the local, public spaces, and public service and duty.

We need an independence offer filled with spirit, can-do and mobilising resources and potential. As Mciver said “people like the idea of a shining city on a hill. Imagine what might happen if they get offered one.”

Scotland in the past, such as the immediate post-war era, was known for doing big things, for having big ambition and a vision of a future country that was different, fairer and filled with greater equality and opportunity.

The generation in the years 1945-65 did things that still define large parts of our country: they built a comprehensive National Health Service, engaged in huge slum clearances and improved the living conditions of huge parts of the population, they undertook mass public health campaigns and built impressive hydro-electric schemes across the country that provided power and employment.

Independence cannot be about minimal change to not scare folk. Nor can it be about thinking it can win by the default of Westminster imploding. Or the mirage of “one more heave”.

Rather independence has to have a boldness and a confidence in Scotland, and in our future and our capacities to create that future and society. In an age shorn of vision and ambition across the Western world we have to mobilise our talents, energies and imagination, draw from the best of our past, and say we can do big things – and aim high for the post-COVID world that hopefully eventually emerges.

Think of an independence of the Scottish mind that dared to map out the contours of a future Scotland that prioritised closing that life expectancy gap, healing our education and health services along with social care, investing in home grown renewables and infrastructure, and recognised that the small things and local matter.

That Scotland requires agency beyond political party, delivery and understanding the relationship between practice and policy. For this to happen we have to be able to connect the grand design and intent of independence to specifics and a vision of a future land.

And we also have to connect with and draw in a world beyond politicians – of professionals and experts in health and education, anti-poverty campaigners, town planners, climate change authorities and more.

Previous generations have shown such ambition and intent when faced with what seemed insurmountable problems. It falls to us now to rise to the challenges of our age and make that future Scotland real.