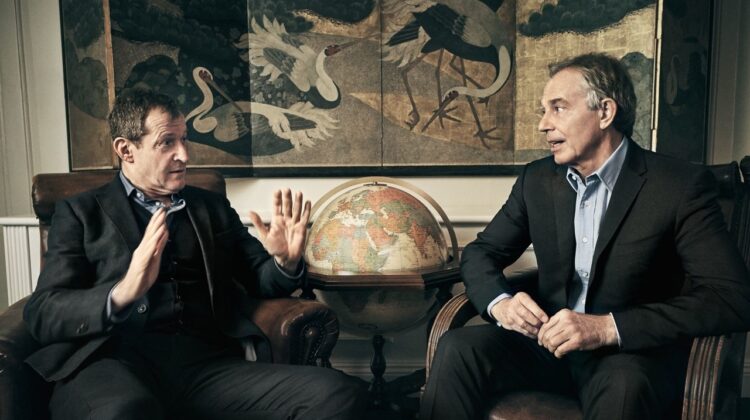 The lessons and warning from New Labour

The spectre of Tony Blair, Gordon Brown and New Labour may seem a long time ago given the mess the UK is in, but their period of dominance still casts a long shadow over British politics and offers lessons and warnings for the present.

The new BBC five-part series: “Blair and Brown: The New Labour Revolution” is a major political documentary with all the main players – including Blair and Brown, Alastair Campbell and Peter Mandelson – present and correct.

This is “big beast”, Westminster-focused, insider class politics. One which showcases the arc of the origins of ‘New Labour’ in the party’s four defeats in a row; its subsequent rise; the 1997 landslide and subsequent period of omnipotence before its inevitable decline.

For all the political capital New Labour had post-1997 and their undoubted successes there are burning issues concerning what they failed to do and what they wasted. In particular, there was the sapping of energy from the faultlines of New Labour’s “dual monarchy” between its two main protagonists, Downing Street and the Treasury – all of which is portrayed as being a world of testosterone-filled men willing to lock horns like characters in “The Thick of It.”

One recurring theme is the kind of society and Britain that Blair and Brown were trying to create. Phrases such as “new Labour, new Britain” are laughable in their emptiness now, but seemed to stand for the promise of something then, even if vague and ill-defined. The word “modernisation” was used until it was exhausted, but with regard to establishment institutions such as the monarchy and House of Lords it came to mean preservation, not radical change.

There are numerous telling insights from the main players. At the point of the handover of Hong Kong to China in 1997 Blair commented to Alastair Campbell and Jonathan Powell: “We shouldn’t lose any more territory. Britain needs to be big. Look at a map. Britain is so small.” It is a remark of “Great British powerism” which directly leads into the liberal imperialist over-reach and hubris which defined and ultimately destroyed Blair’s Premiership.

Such an in-depth series says much not just about the New Labour era but about the media then and now, and how the UK is seen and represented. Thus the Good Friday Agreement and Northern Ireland peace process, and the role of Blair and Mo Mowlam, are given ample space – and the landmark settlement recognised.

Across five hours there is no references to Scotland and Wales – beyond Brown mentioning in passing having been a rising star on the Scottish Labour Executive and speaking at its conference (where he was talent spotted by Neil Kinnock). There is no recognition of the historic legislative achievements of establishing the Scottish Parliament and Welsh Assembly in 1997, or that this has anything to say about the nature of the UK and Westminster.

This is British politics and British Labour as Westminster, Whitehall and the TV studios around it, and little more. The rise of the SNP and independence and record of Welsh Labour warrant not one mention from all the senior figures or producers, presumably seen as little more than an afterthought compared to the “Big Beast” politics of the Westminster jungle.

What this shows now is that for all the live issue of Scottish independence and talk of Northern Ireland in relation to Brexit, the central institutions of power and influence in UK politics have barely moved over the past two decades – and in fact have become more insular and self-congratulatory in how they see the UK.

This means that the “British Labour” of this programme is a tiny elite slither of the party: missing the Scots, Welsh and most of the English. Moreover, this means the slow shrinking of Labour’s base across the UK is left untouched, as well as for example the disappearance of Scottish Labour as a fiefdom which began to fall in 2007 in the last days of Blair’s Premiership and then crumbled in 2015.

This series is about the recent past, but says much about the present and future. First, there is the means of politics and the limits of command and control; of heroic, charismatic leadership, and what happens when leaders begin to believe their own hype. Second, court politics never end well because they produce intrigue, backbiting and plots often from the numerous courtiers trying to do their master’s bidding and win favour.

Third, New Labour at the time tried to position the party as one of change, forward and outward looking, not defined by the past and being defensive, instead understanding and embracing social change and trends: a society less collectivist, more individualist and aspirational. That set of insights still carry relevance for future politics – while the romantic rhetorical socialism of the likes of Jeremy Corbyn never ultimately succeeds anywhere.

Fourth, the nature of progressive politics and the compromises, choices and trade-offs inherent in office runs through the New Labour era. Yet, it is inarguable that the Blair and Brown era attempted to navigate a degree of social democratic advance, while they embraced the City, power and privilege, and neoliberalism. Similar constraints still operate for all centre-left politics today – and no governing party has anywhere successfully broken out of these constraints.

The BBC series leaves most of the above unstated and at best hinted at rather than explicitly explored. This is especially jarring on the last of these four: the ideological contours of the New Labour coalition, and the ambiguities and differences between Blair and Anthony Gidden’s centrist “Third Way” and those who hoped for a renewal of social democracy.

Politics in this account is mostly about personalities and who is in and who is out – a post-ideological interpretation of politics which favours the legacy of the Thatcherite revolution – and even diminishes the importance and realm of what is politically possible – in the way Andrew Rawnley’s books on the New Labour era also did.

Most profoundly, while all of the above remain factors for Keir Starmer and Labour and also for the SNP and Scottish independence – in how to put together winning popular coalitions which can win and govern without losing their political antenna – the unsaid element of this BBC series speaks as loudly.

This is how Westminster politics, media and public life, understand the nature of the UK and the British state. Despite everything, from two decades of Scottish and Welsh devolution to the disastrous over-reach of the Iraq war; from the degeneration of British government, Brexit and more, the British political elite like nothing better than talking about themselves.

This elite still believe that they are the answer to every solution – one where Scotland, Wales and indeed most of England, barely get a look in. Thus this five hour epic inadvertently displays the multiple crises of the UK and the elite delusions of the insider class which exasperate this and which may ultimately be their undoing.